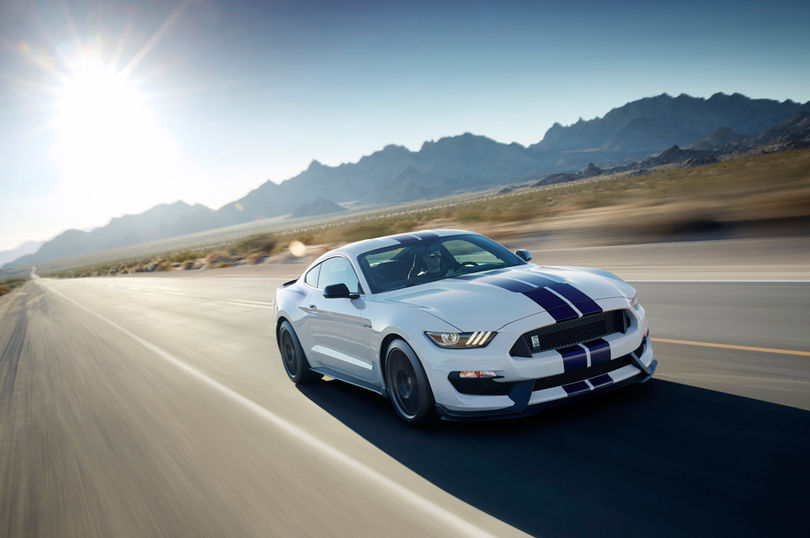 Let’s not mix words. This may be the most exotic, naturally aspirated engine ever created for a car with an MSRP below $100k.

How do you live up to a legend? The 289 from the original Mustang GT350 is iconic. Revered. When Ford decided to recreate the GT350 for 2016 a new power plant became a necessity. This new, world-class, naturally aspirated V8 required a new level of performance:

Make it Fast – and Hurry.

Ford began designing the GT350 5.2L (code named Voodoo) before the paint was dry on the 2012 BOSS 302 Mustang. This was not a parts-bin mash-up. Every major component was designed from a fresh sheet of paper with a single goal: Deliver the fastest NA street legal engine Ford has ever produced.

Cost, sustainability, and environmental responsibility surround every decision in the auto industry. But when it comes to performance there are four main areas of design that shape the performance and characteristics of an engine:

The automotive aftermarket has spent many years trying to improve these attributes for practically every engine platform ever created – compensating for inefficiencies in legacy designs. But a ‘Clean sheet of paper’ approach used in the GT350-R 5.2L allowed Ford to combine lessons learned over many decades with next-generation computer assisted engineering (CAE) and meet performance goals within week one of dyno-testing the first prototype.

We performed millions of simulations to dial in runner lengths, diameters, camshaft durations / phasing, and exhaust manifolds and the very first prototype engine put on the dyno that made over 500 horsepower the first week. Zero hardware auditioning. Everything was predesigned, sourced, showed up, and just worked. – Adam Christian, ICE (intake combustion exhaust) technical specialist Ford

The heart of the GT350-R 5.2L engine is a newly designed aluminum Plasma Transferred Wire Arc (PTWA – also known as spray-bore) block with a 94mm bore. This diameter allows larger valves, and better valve positioning to move more air into the cylinders. Bigger is better, larger valves are an instant increase to airflow. However, (you knew there had to be a ‘however’) the desired larger valves prefer a certain amount of lift – a ratio of their diameter. As you increase valve diameter, you need to increase amount of lift. As lift increases, so does the amount of time required by each valve to travel up and down. The resulting 14mm of lift is notable on a 4V (8,000 RPM) head. These lift values are typically discussed only in a 2V application.

What goes in must come out, quickly. The larger bore, valve location and increased valve lift create excellent evacuation of exhaust gasses from the cylinders. The 4-2-1 exhaust manifold design was re-optimized to work with the flat-plane-crank firing order. This quickly moves all gases from the heads to a system of active exhaust valves in the muffler. The active exhaust controls back pressure as required and fully opens without restricting performance during WOT.

Typically, 40% of all engine mechanical friction is created from contact between the rings and cylinder wall. One way to reduce this friction is to get a truer round shape in the cylinder bore through a process called Deckplate Honing. Prior to final honing, a large plate is torqued to the block to replicate forces and distortions that will occur once the heads are attached. This creates much finer tolerances in the final bore size and allows the use of a ring with less tension – greatly reducing friction.

Additional improvements were created through weight and mass reduction. The crank accounts for less than 15% rotational inertia. Partly due to a dual-mass flywheel, and smaller diameter clutch. The 93mm forged crankshaft is gun drilled to reduce weight, friction and pumping effort. All new piston and rod assemblies with forged aluminum pistons built for speed and low friction with a forged high strength steel rod and fractured split cap.

The primary feature battling heat is the general design of the 5-liter engine family being very knock tolerant. The design of the combustion chamber and piston top allow the engine able to operate at optimum timing with 12:1 compression on 93 octane fuel.